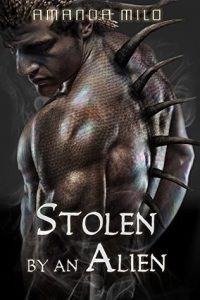 Review: Again with the hot alien, stolen romances. I just can’t stop myself. I have so many thoughts and feelings to share about this book-so hold on. It was hard to imagine what the guy looked like from the descriptions in the book and even with the cover, which didn’t even really match. I can see myself interest in the next two books of this series, although I’m not one for multiple men and one woman relationships. Its just too much going on. Though there is talk and hints at a lot of other pairings and I would for sure read those books, but last I checked no book for them so far. In the end it felt like a whole series in just this first book, and of course I’m loving the hot, silent, protective, craving male lead.

Would I? Reread? No. Recommend to others? Maybe. Read more from this author? Maybe.

Summary: AROKH
I broke the rules and stole an auction item from her buyers.
Because somehow, they’d managed to abduct a Gryfala princess.
Though… she doesn’t look, or act, or sound quite like I thought one of her kind would.
But I’m merely a Rakhii gladiator; this is the closest I’ve actually ever been to a princess.
I’d be considered lucky indeed if she chose me to guard her.
Instead, I want more.
I need her to claim me.
Because she doesn’t know it, but now I can’t let her go.

ANGIE
Woke up in a freaking auction pen.
With no coffee.
But there were aliens. And they didn’t bid on me out of the goodness of their hearts.
FML.
Then this nice alien showed up in the nick of time, but he keeps referring to me as “Princess” and I’m starting to worry what he’ll do when he finds out that there’s been a little case of mistaken identity, that I’m not royalty – see, I’m not even whatever alien he mistook me for…
I’m just a human.

***Note to readers: This was previously titled ABDUCTED, AUCTIONED, & STOLEN BY AN ALIEN.