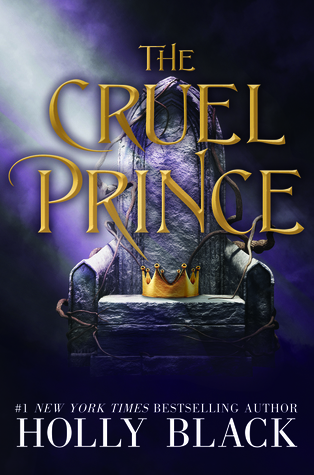 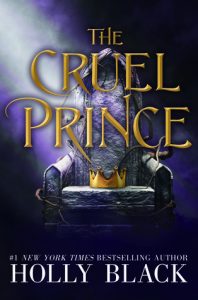 Review: I’ve had this book sitting around for awhile now (sorry OwlCrate), and when I finally finished up with college I got a chance to dig in. The Cruel Prince was hard to get into but had my intrigue with the summary of the story plot. The first part of the book (book one) was slow moving and not really full of anything much that peaked my interest, it was only at the end of book one that things picked up. But yes, the end of book one and all of book two were the fast moving parts of The Cruel Prince that was good to me. There was one kiss in book two (of this first book, I think its book two), that was so good! It was the romance between these two characters I was looking for this whole time! And I only got one kiss! But with the end of book one and all of book two, kiss included, I completely felt the interesting and compelling feels that is known for Holly Black to give me. I am looking forward to The Wicked King (I pre-ordered two copies so far), because I know I will love it cause all the establishing the story set up is done now.

I promise you this- I throw his own words back at him- this is the least of what I can do.

Would I? Reread? No thank you. Recommend to others? I think so. Read more of the series? Yes, I’m looking forward to Wicked King.

Jude was seven when her parents were murdered and she and her two sisters were stolen away to live in the treacherous High Court of Faerie. Ten years later, Jude wants nothing more than to belong there, despite her mortality. But many of the fey despise humans. Especially Prince Cardan, the youngest and wickedest son of the High King.

To win a place at the Court, she must defy him—and face the consequences.

As Jude becomes more deeply embroiled in palace intrigues and deceptions, she discovers her own capacity for trickery and bloodshed. But as betrayal threatens to drown the Courts of Faerie in violence, Jude will need to risk her life in a dangerous alliance to save her sisters, and Faerie itself.