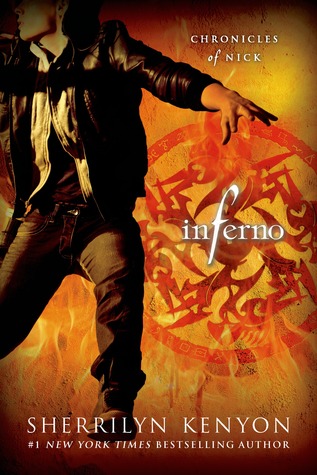 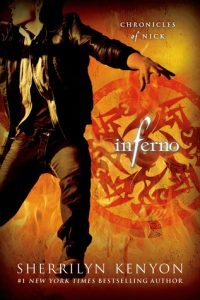 Review: First off I would like to say I love Nick and I really love his series and the Dark Hunter series. Now here comes the but. But this book was nice and all but I just felt like the same story plot of the other two books in the series was being repeated. Nick is normal teenager, life’s going okay but then chaos and running for our lives. Oh and Nick being stupid. That’s about it.

Most of the time I spent reading this book I was yelling at it and at Nick to stop it. Oh man, he just gets me so mad! Ugh so now I am trying to give myself a break from his books because I can’t handle all the stupid guy stuff.

Although I will say that Simi is the best!

Favorite quote: “And here the Simi thought men traded up, not down…”

The heat is on, and a new threat to humanity has risen…

Nick has his driver’s license and he’s not afraid to use it. But turning sixteen isn’t what he thought it would be. While other boys his age are worried about prom dates and applying for college, Nick is neck deep in enemies out to stop him from living another day. No longer sure if he can trust anyone, his only ally seems to be the one person he’s been told will ultimately kill him.

But life spent serving the undead is anything except ordinary. And those out to get him have summoned an ancient force so powerful even the gods fear it. As Nick learns to command and control the elements, the one he must master in order to combat his latest foe is the one most likely to destroy him. As the old proverb goes, fire knows nothing of mercy, and if Nick is to survive this latest round, he will have to sacrifice a part of himself. However, the best sacrifice is seldom the sanest move. Sometimes it’s the one that leaves your enemies confused, and you even more so.

And sometimes, you have to trust your enemy to save your friends. But what do you do when that enemy is you?