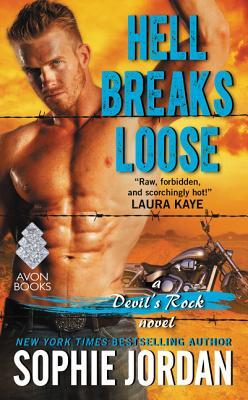 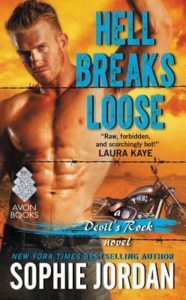 Review: I had just happened to see this lovely title at a used bookstore and thought I would pick it up to see how the Devil’s Rock series was going.

Although this series is mostly just fun to read because of the silliness (I’m not saying the novel is silly, just some of the plots are) and smut. I did have fun reading this second installment of Jordan’s adult series. It’s always nice once in awhile to read a book like this on a rainy night.

Would I? Buy this book for friends? Maybe. Reread this book? Don’t think so. Recommend this book? I think so…

Shy and awkward, First Daughter Grace Reeves has always done what she’s told. Tired of taking orders, she escapes her security detail for a rare moment of peace. Except her worst nightmare comes to life when a ruthless gang of criminals abducts her. Her only choice is to place her trust in Reid Allister, an escaped convict whose piercing gaze awakens something deep inside her. Reid is nothing like her other captors.

He’s tougher, smarter…and one blistering look from him makes her hotter than any man ever has.

Reid spent years plotting escape and revenge . . .years without a woman in his bed. For this hardened felon, Grace Reeves isn’t just out of his league—she’s from another planet, but that doesn’t stop him from wanting her. Escaping Devil’s Rock was tough, but resisting this woman could be the end of him. For a man with nothing to lose, protecting her . . . claiming her as his own, becomes more necessary than his next breath.