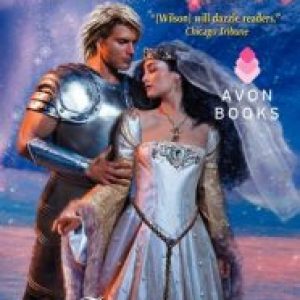 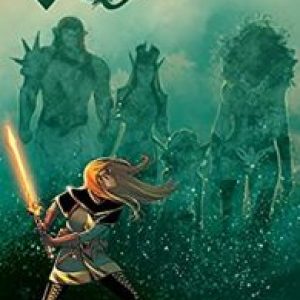 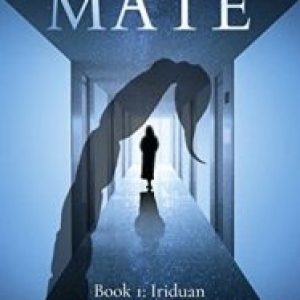 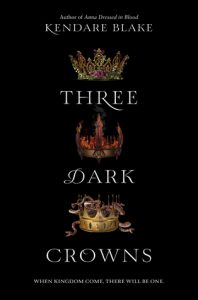 Review: I feel terrible that it has taken me so long to read this book, but every time I picked it up I just wasn’t in the right mood for it (I’m a mood reader).

I thought the story was good,  though it did take awhile to get into it. I really like the concept behind Kendare Blake’s idea for the whole series is super cool and interesting. Bee’s guys, Bee’s.

I was not really a fan of  the insta love for Mirabella the elemental sister, because the whole time I was like What?

So the entire book I very much disliked (I would say hate but in my family I’m not really allowed to say it, I know its weird) Joseph. the whole book I was just waiting for him to get viciously murdered in some way. I’m still holding out for it to happen sometime in the series. That may be one of the key points of me wanting to read more other then wanting to know what the heck happens next.

I also really did not like another guy at the end of the book, if you’ve read the book you will know who is also on my “I want you to die in this series too list”. I would put his name but I do like him up till the end of Three Dark crowns, but then he just pulls this move and I’m just UGH! WHY!!!

The plot twist at the end of the novel had me yelling at the book to give me more, so there’s another reason why I need the next one now.

Although the book was slow to start and was mostly setting the stage for the three sisters, the action was short and I need more of it. I also really wanted more about the sisters as people and not just Queens. but I think we get more of that in the second book and in Queens of Fennbirn out later this year.

Is it just me or did anyone else notice the men in the books acting like they did not like that women ran everything. I’m think male uprising….

I can’t say this enough, what took me so long to read this??!!! And now I really need the next book please!!!

“I could never hate you,” she says. “But if you do not leave now, my cat will tear your throat out.”

“I want it to be right again and to go back to the way it was.”

“What if never does?” he asks.

“Then we will know that it was never meant to be.”

Would I? Read the rest of the series? Oh yes, I’ve got to know what happenes.

Summary: When kingdom come, there will be one.

In every generation on the island of Fennbirn, a set of triplets is born—three queens, all equal heirs to the crown and each possessor of a coveted magic. Mirabella is a fierce elemental, able to spark hungry flames or vicious storms at the snap of her fingers. Katharine is a poisoner, one who can ingest the deadliest poisons without so much as a stomachache. Arsinoe, a naturalist, is said to have the ability to bloom the reddest rose and control the fiercest of lions.

But becoming the Queen Crowned isn’t solely a matter of royal birth. Each sister has to fight for it. And it’s not just a game of win or lose…it’s life or death. The night the sisters turn sixteen, the battle begins.

The last queen standing gets the crown.