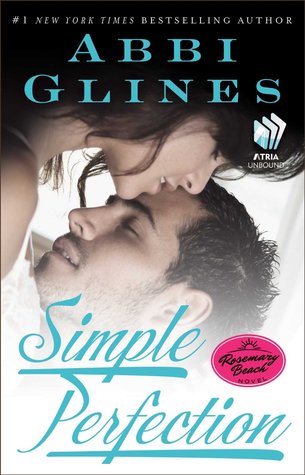 Review: I was so happy to finally find out the ending to Della and Wood’s story. They are so much fun to read about, and they are INTENSE with each other, so much so that its sweet. But at the same time of ending their story, Glines was able to give us a pointless death.

That would just help her create another hopefully amazing story with the characters left over after the death. Which would be cool because it seems that the two I0’m talking about have a history together and still seem to have unfinished business if you know what I mean.

Other than that we are able to see more of the future ahead of the Rosemary Beach group and little snips of Rush and Blaire’s life together. It was also great to go through along side with Della as she dealt with her problems and fears.The story only dragged in some parts but the plot stayed pretty fast and as I said before intense.

Summary: Woods had his perfect life mapped out for him. Rise up the ranks of the family business. Marry the rich girl of his parents’ dreams. Pretend that wealth and privilege was all he’d ever wanted. Then a girl named Della breezed into town, a beautifully imperfect stranger who captured his heart and opened his eyes to a new kind of future. Woods is ready and willing to sacrifice everything for her when the sudden death of his father leaves him with his mother to care for and a business to manage.

Della is determined to be strong for Woods, even as she’s quietly falling to pieces. No matter how far from home she’s run, the ghosts of her past have never stopped haunting her. Struggling to hide her true feelings from Woods, Della fears she can’t be his rock without dragging him down into the darkness with her. But is she strong enough to let go of the last thing holding her together?