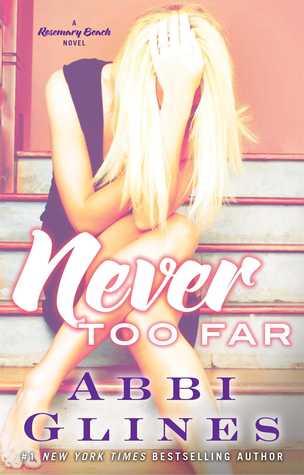 Review: I have never been more happy in my life to buy a book in my life! It was driving me insane to not know what happened with Rush and Blaire after the first book. I mean THAT ending!!!! Gah!!!! And of course no store I went to had any of the books. It wasn’t till I went to the Abbi Glines book signing in Seattle was I able to buy the rest of the series and never go through that pain again. Take that book! Anyway back to the book… Yep, so Glines really knows how to get readers to fall in love with her book and then she knows how the destroy them and their feelings for her books. Rush and Blaire ‘s story you will be blown away by how realistic, steamy, and intense their love for each other is. No matter how many times I re-read their story, I still can’t get over how people can actually fall in love this much. Which also makes it even better because these characters are amazing and awe inspiriting. Blaire, who is fighting for herself to be happy and to take care of herself. She is ONE of the most strongest women in a book I have read about, who can take care of herself without a man. And it doesn’t hurt that she knows how to shoot a gun. Rush on the other hand is one of the most swoon worthy guys readers will ever read, because lets face it. He is beautiful, strong, rich, protective, caring and above most utterly and completely in love with Blaire.

Summary: Our relationship had been short. Intense and brief. I wondered what it would have felt like to curl up in Rush’s arms anytime I wanted. To know I was safe and that he loved me. We’d never had that chance.

Just when Blaire allowed herself to fall for her stepbrother, Rush, he revealed a life-altering secret so devastating that she couldn’t forgive him. Unable to face him again, Blaire leaves the promise of true love behind in Rosemary Beach and returns to the comforts of her small town in Alabama, wanting nothing more than to put the summer behind her.

But unexpected news complicates Blaire’s plans, and she’s forced to trust the one man she shouldn’t. Trapped between Rush’s fierce desire to win her back and her own sense of self-preservation, Blaire doesn’t know if she’s doing the right thing . . . or if she’s making the biggest mistake of her life.