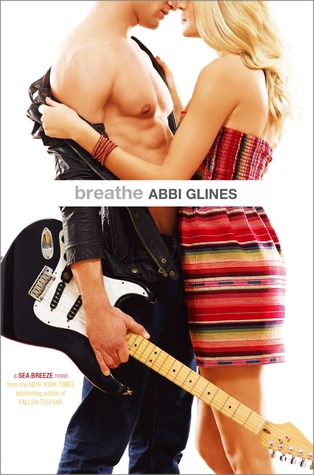 Review: Another great fun read by Abbi Glines, it seems that she has done it again! I just don’t know where Glines comes up with all these plot lines and great characters all the time. Sadie and Jax are no exception to her brilliance and story telling. By the end of the book readers will be left craving for more from the Sea Breeze group and will be anxious to see what happens to Jax and Sadie.
The plot is able to keep readers interested without getting too boring, sometimes just a little lull, but then it picks right back up again with the sweet love time Jax and Sadie are able to get in. Looking forward to reading the rest of the series, and cant wait to see what other great plots Abbi Glines has up her sleeves.

Summary: Sadie White’s summer job is at the beach, but she won’t be working as a lifeguard. Since her mom is pregnant and refuses to work, Sadie will be taking over as a domestic servant for a wealthy family on a nearby island.

When the family arrives at their summer getaway, Sadie is surprised to learn that the owner of the house is Jax Stone, one of the hottest teen rockers in the world. If Sadie were normal and if she hadn’t spent her life raising her mother and taking care of the house maybe she’d be excited about working for a rock star. But she’s not.

Even though Sadie isn’t impressed by Jax’s fame, he is drawn to her. Everything about Sadie fascinates Jax, but he fights his attraction: Relationships never work in his world, and as badly as he wants Sadie, he believes she deserves more. Yet as the summer stretches on, Jax’s passion leaves him breathless—and Sadie feels like the only source of oxygen.

Can their love overcome the disparity in their lifestyles? One breath at a time, they’re going to find out.